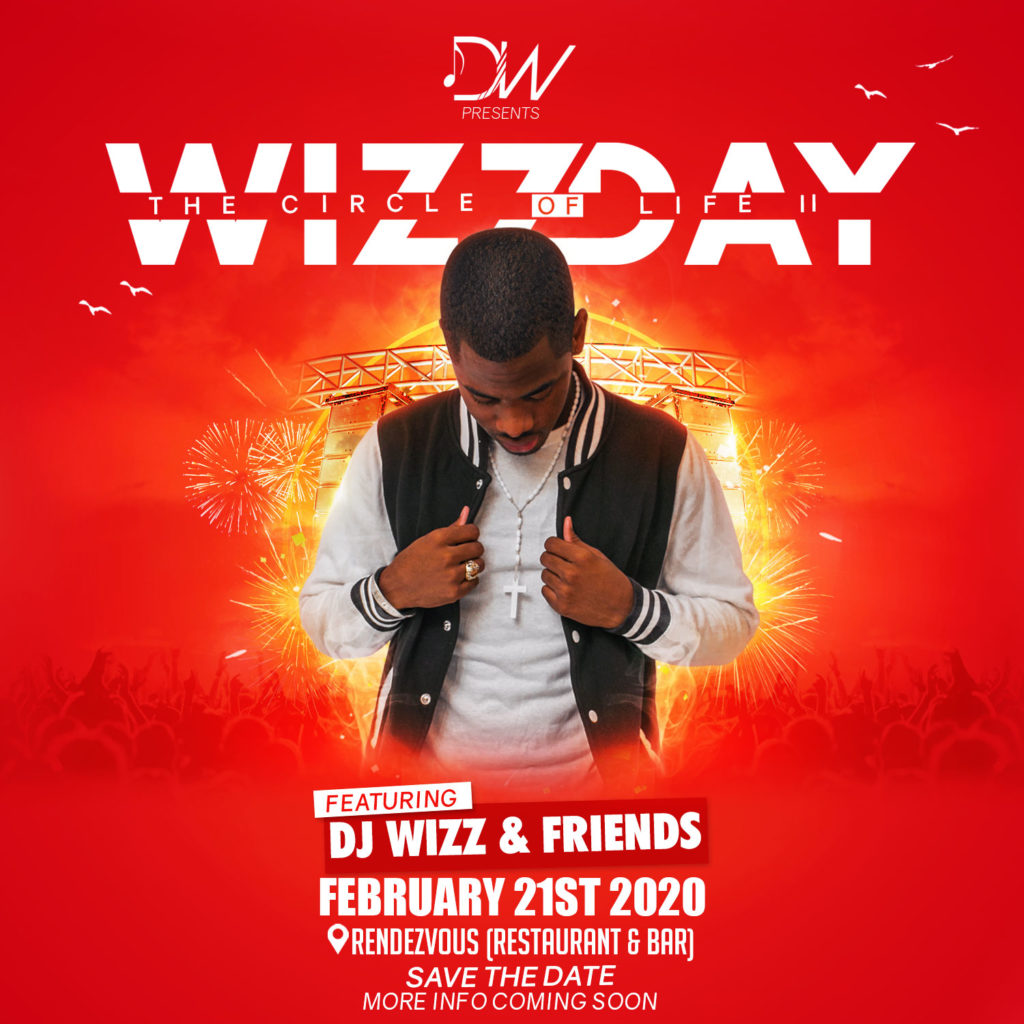 Young Dominican Dj and Producer, Dj Wizz has announced what is expected to be an annual event. Fielding on his drive to continue the build of his brand. “Wizz” will be the first Dj in Dominica at his age to organise what is dubbed “Wizz Day”. A day on which all the talent’s under his label “Wizard Gang Musik” will be featured in the village of Massacre.

“This year, I’m taking baby steps; as one can’t rush perfection and you can’t run up the steps of success, you have to take your time and let it slowly evolve. So this year I’m going all out as I begin the countdown to my birthday and other February born’s birthday as well. After my first attempt I have gained even more and more confidence to pursuit and improve it every year.”

According to him, this event started out with a concept much like that of Soca king Machel Montano’s “Machel Monday”. However, it has grown into something of its own. The young entertainer has announced that next year’s event is carded for Saturday February 21st, 2020 and will be held at RENDEZVOUS (RESTAURANT & BAR) in Roseau, Dominica.

High on confidence, “Wizz”, who will also be celebrating his birthday that weekend, expressed his views by saying,“ I expect this event to evolve much into something of a festival, where for one day, artists who are within The Wizard Gang Music Family and others will get the opportunity to shine”. He further indicated that the logic for the Wizz-Day is to ensure that a nontraditional avenue exist where a showcase of Dominican un-minted talents can be highlighted to include DJs, Artists, Bands, etc.. And to likewise show to Dominicans at home & worldwide that “as the next generation we are talented positive and we are making a mark for ourselves in the world of music and culture”

When asked of the lineup however, Wizz noted “It is an event that peaks curiosity as to who may be performing as one can never be too sure since a full lineup have not been officially released”. He has however obliged to state that several Dominican talents from all parts of the island would be included. And as for the expected impact on his music brand & Label (Wizard Gang Muzik & Wizz-Kid Recordz), he envisions that such an activity will show everyone that a support base exist to help push our talents in a signature event; primarily geared to assist in bringing young  artists music to a higher level. “We are here to show that the next generation is here and we are ready mash it up on a positive level”